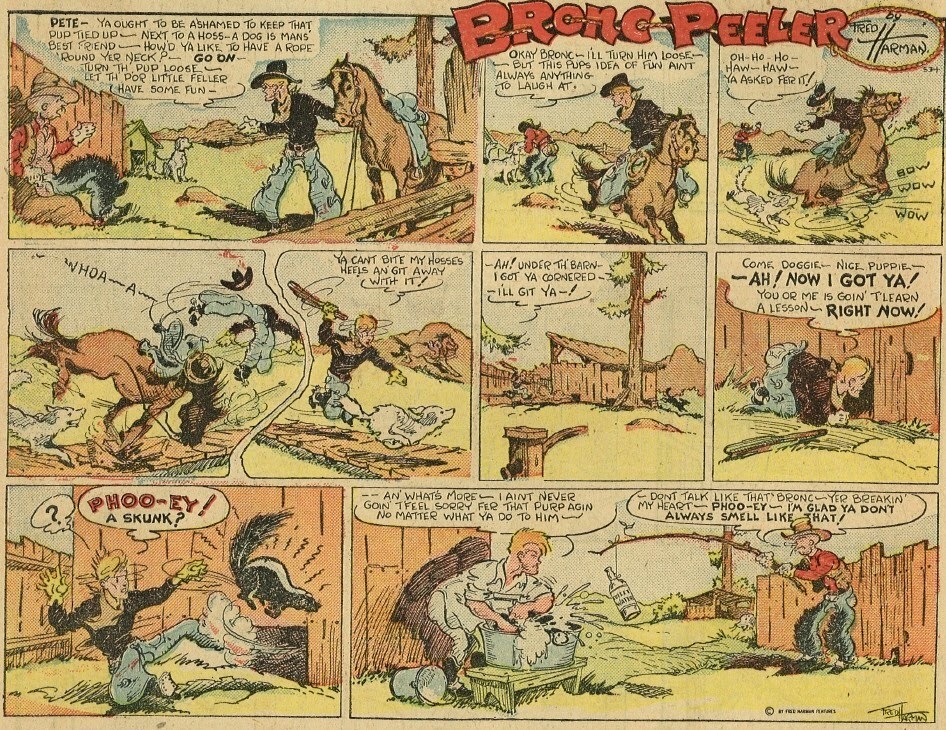 Skunks are a tricky business.  Should something so small and relatively harmless even be statted as an animal-mobster type?

The most fearsome ability of the skunk is, of course, its musk (as Bronc Peeler encounters here), but even that is difficult to assign game mechanics to. How much does it really hurt you to smell bad?

I suggest treating the presence of a skunk as a trap rather than a mobster encounter. If the Hero fails a save vs. plot, he gets sprayed and suffers a -4 penalty to encounter reaction rolls until bathing. 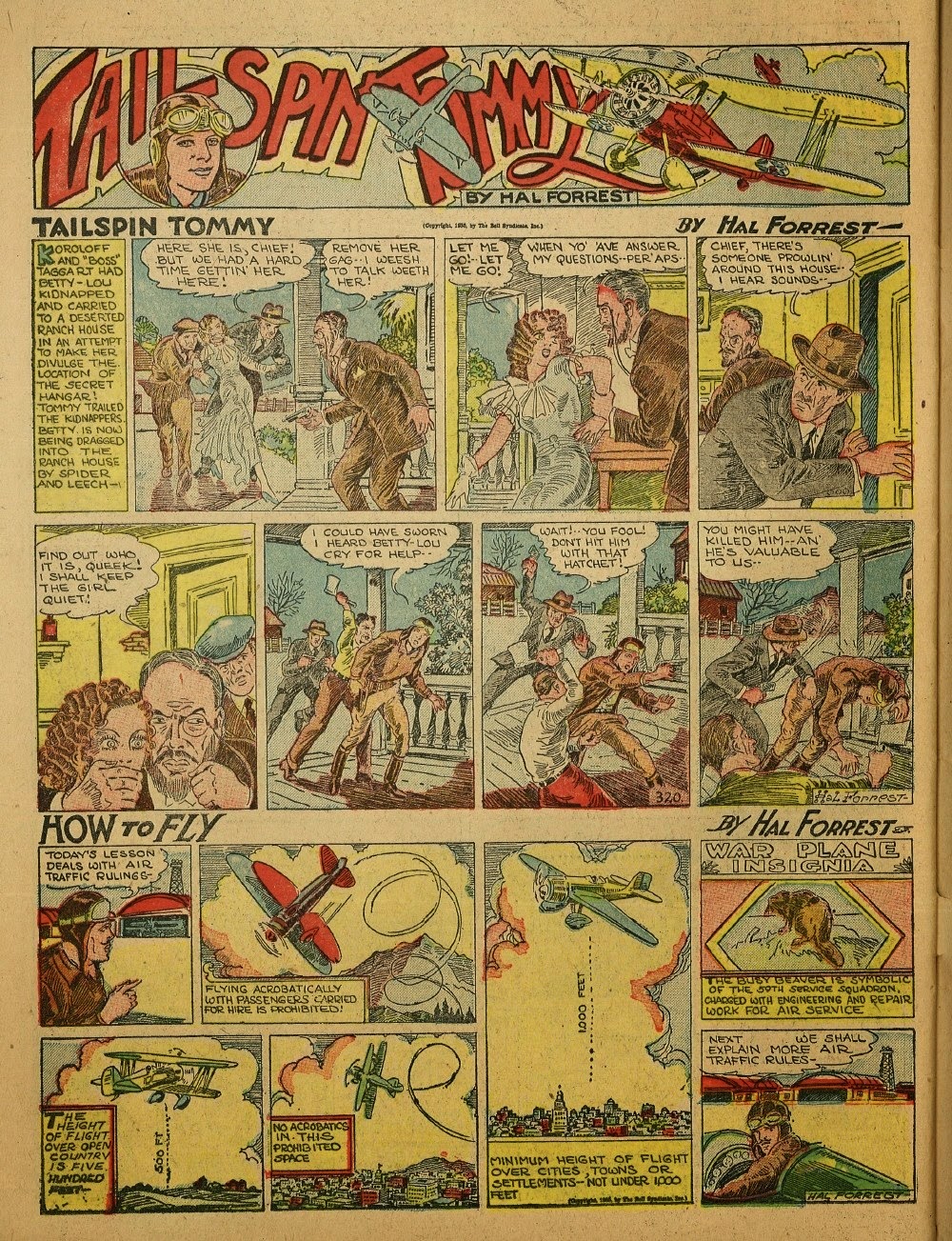 Here, in Tailspin Tommy, we see the venerable cliche of always trying to take the Hero alive instead of killing him, usually because Heroes are believed to be fonts of information.

The aviation genre is more useful, though, for otherwise hard to come by information, like the legal altitudes for flying in the 1930s. This could come in very handy for an Editor to know, if running a campaign that includes the Aviator class or just Heroes with planes in general. 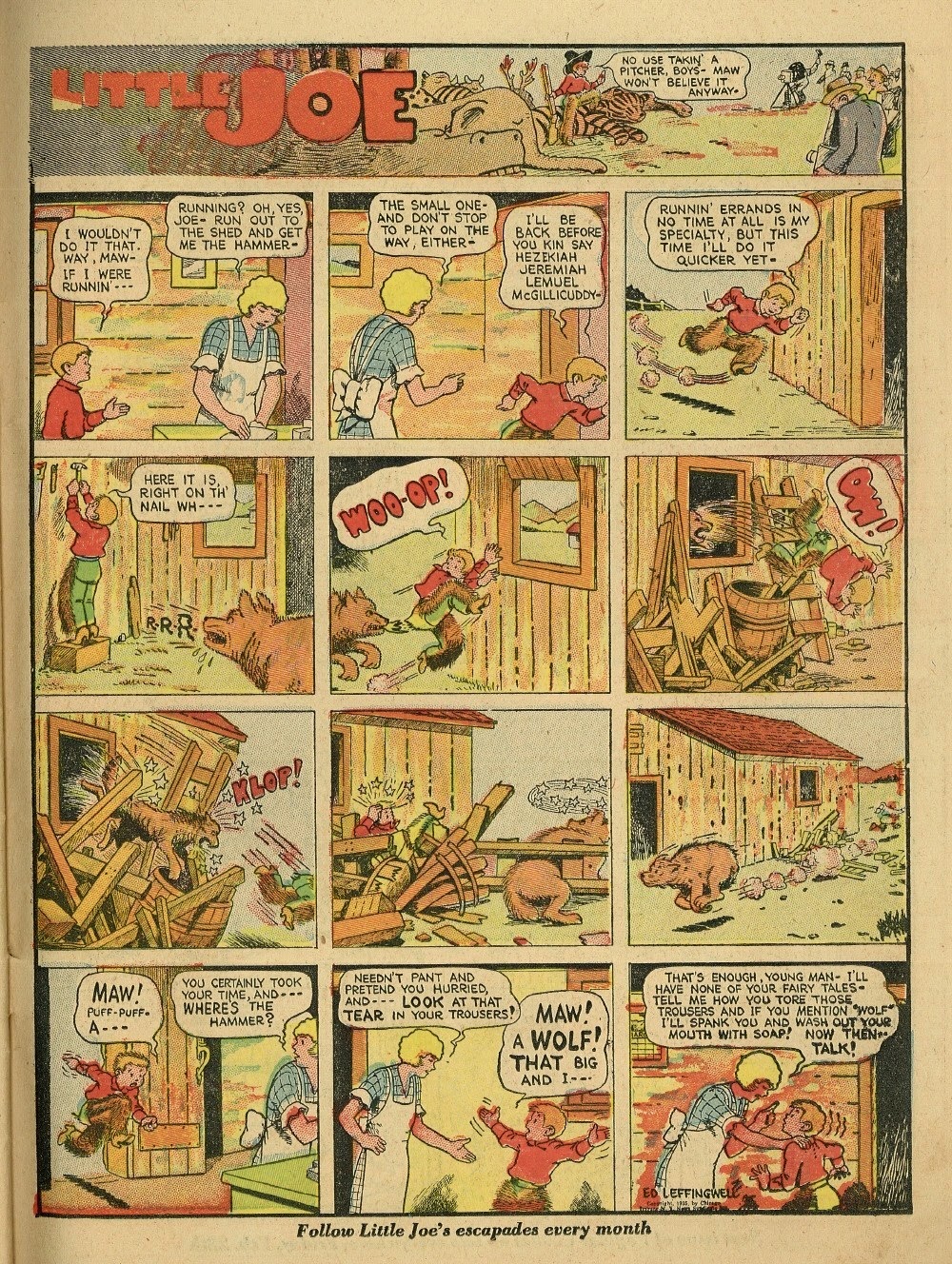 A wolf is a tough mobster for any Hero to deal with, like Little Joe does here. It's unclear why the wolf attacks Little Joe -- maybe just an unlucky encounter reaction roll?  Note that Little Joe does nothing himself to warrant a morale save from the wolf, it is the things accidentally falling on the wolf that does so.  In game play, this would be the work of a generous Editor who saw the Hero was clearly outmatched (perhaps the wolf was just a randomly rolled wandering encounter, or the Editor assumed Little Joe would arm himself with something in the shed).

(Scans courtesy of Digital Comic Museum at  http://www.digitalcomicmuseum.org/index.php?dlid=1631)
Posted by Scott at 2:55 PM