We're up to June 1936 now, two years before Superman and what is normally considered the beginning of the Golden Age of Comics. We'd get there faster, but there's just so much good stuff to look at first!

Of course, by "good", we're looking for material useful for applying to the Hideouts & Hoodlums roleplaying game. Good, in terms of quality, is sparse in this next issue, the second one to come out of what will become known as Centaur, but is at this time only the Comics Magazine Company.

First of all, what is it with goats?  This is at least the fourth comic book in just the first six weeks of this blog project where I've seen a goat. People must have thought goats were hilarious in the '30s.

Even half-pints can go hideout delving!  Something for novice Editors to keep in mind is illumination in the hideout, and remembering to treat it as a limited resource. A lantern only sheds light in a small (30' radius) and even flashlights are only good for so far, and in only one direction at a time. 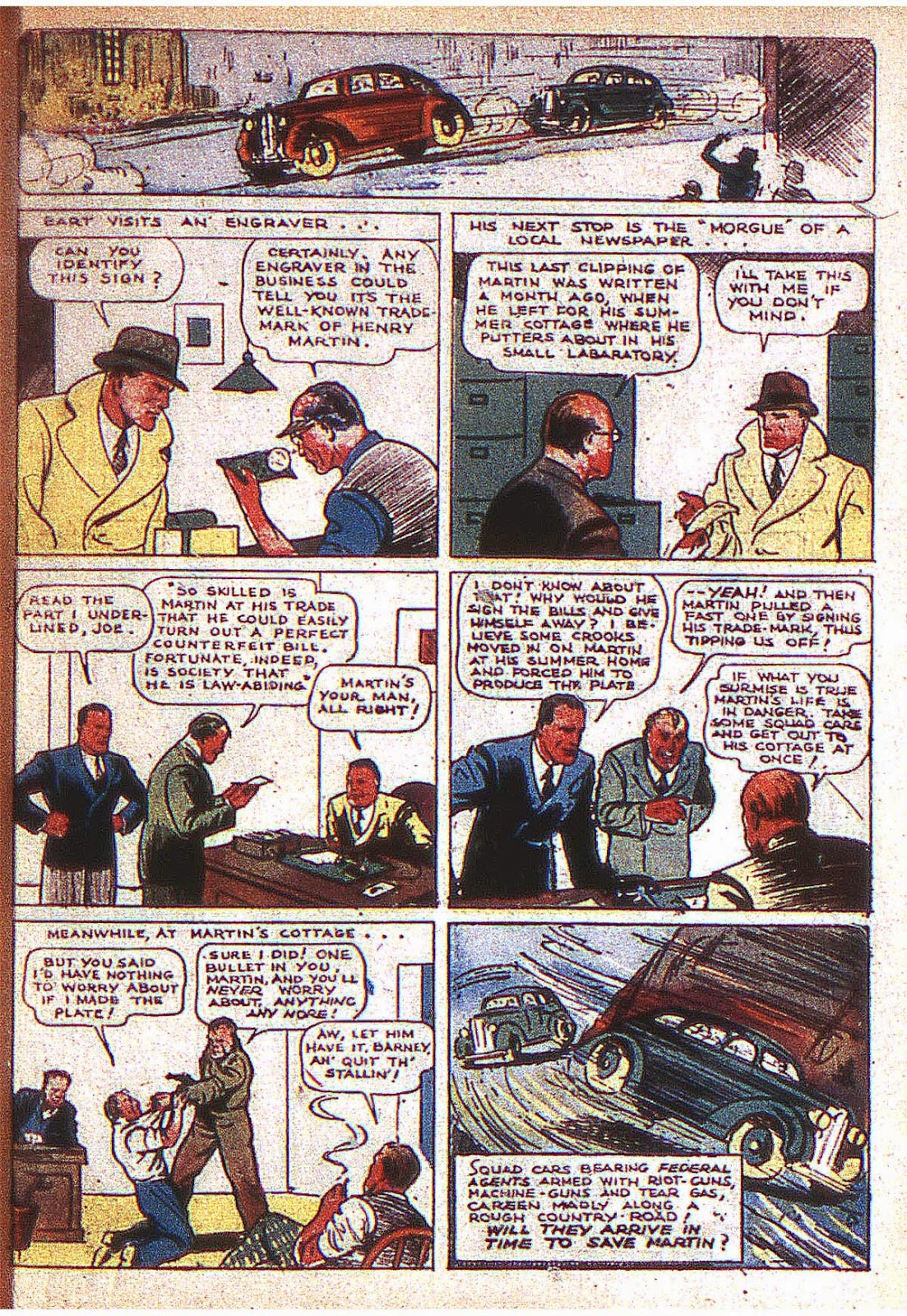 Bart Regan, Federal Agent, is another character that was somehow borrowed from National. Here, Bart demonstrates how to use Supporting Cast Members to help solve a case.  An engraver was a new one on me, not even included in Book III: Underworld & Metropolis Adventures.  The other SCM works for a newspaper, a vital source for information.

Like Dan Dunn yesterday, Bart Regan doesn't like to show up at a hideout empty-handed. He and his men will be showing up with riot guns (shot guns, absent from the starting equipment list in earlier versions), machine guns (not immediately available to Heroes for game balance issues), and tear gas (also treated as a trophy item that must be acquired in-game).

I include this page as a dual history lesson/lesson in not always trusting Wikipedia. According to the Wikipedia page, the Mexican Expeditionary (Air) Force was not formed until 1944 -- but here it is in a 1936 story!

When your Hero needs access to a skill set his class and/or race would not normally have, the best resource is Supporting Cast Members (SCMs).  Here, we see the value of the assayer for appraising things.

Here are the now familiar tropes of the antique diving suit and a giant octopus. But, attacking it with a knife?  Hoo-hum, after seeing Captain Easy fight one with a saw, how is this going to impress? 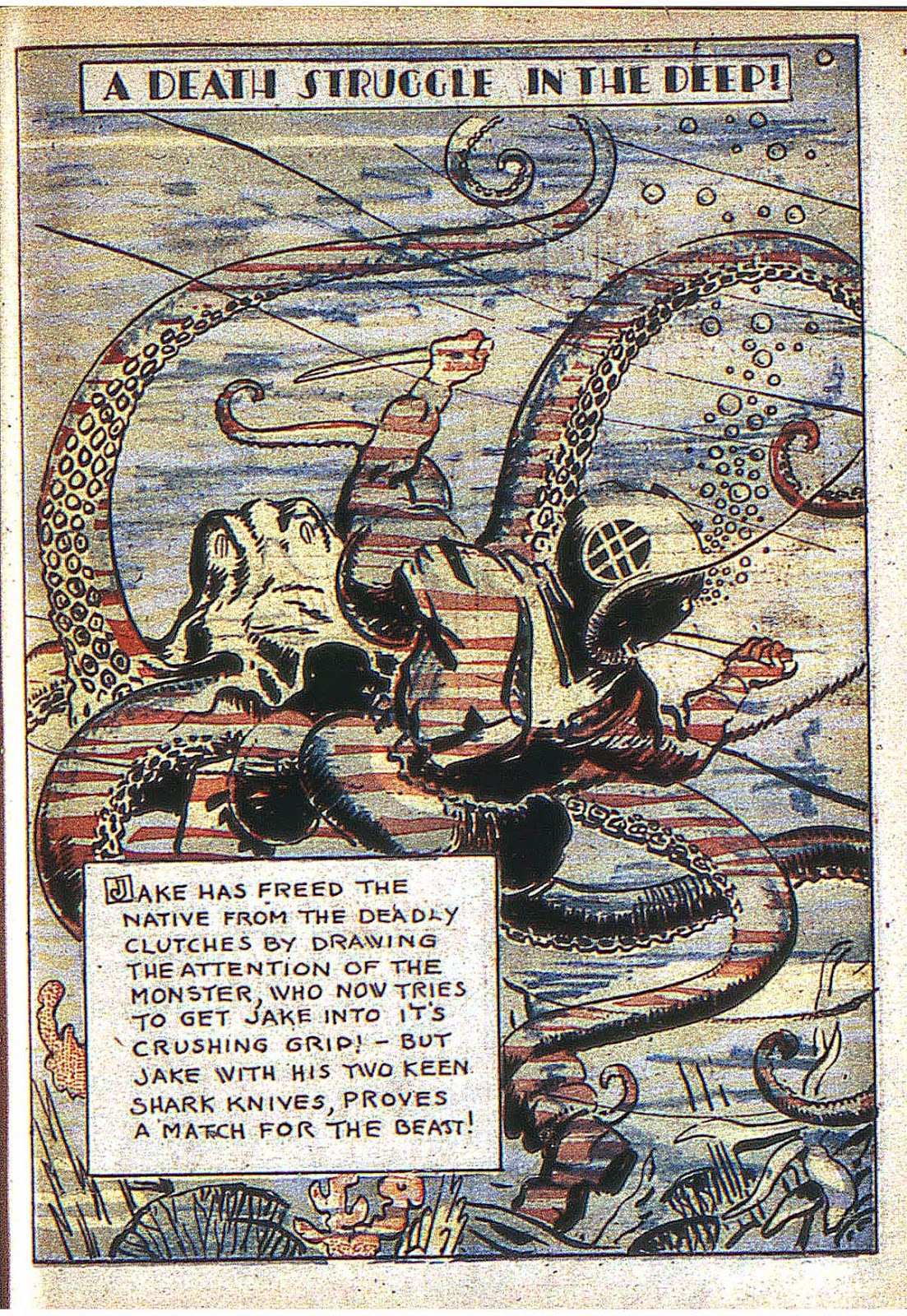 A knife in both hands!  That's how!

Skipper Ham Shanks may be the star of this Popeye rip-off, but Corky (the Bluto stand-in) is the half-beast Superhero, wrecking things with his bare hands/claws, in their midst. Note how Patterson takes a familiar cast, shakes up relationships, and renders it into something that can pass for new.

And lastly, Spunk Hazard talks about iron nerves.  What is that?  Could it be a stunt non-Heroes could use to temporarily suppress their morale saves?  I think it sure could!