We rejoin Captain Easy in the middle of his battle with a giant octopus -- armed with a saw!  And if you thought Roy Crane was going to shy away from that kind of violence... 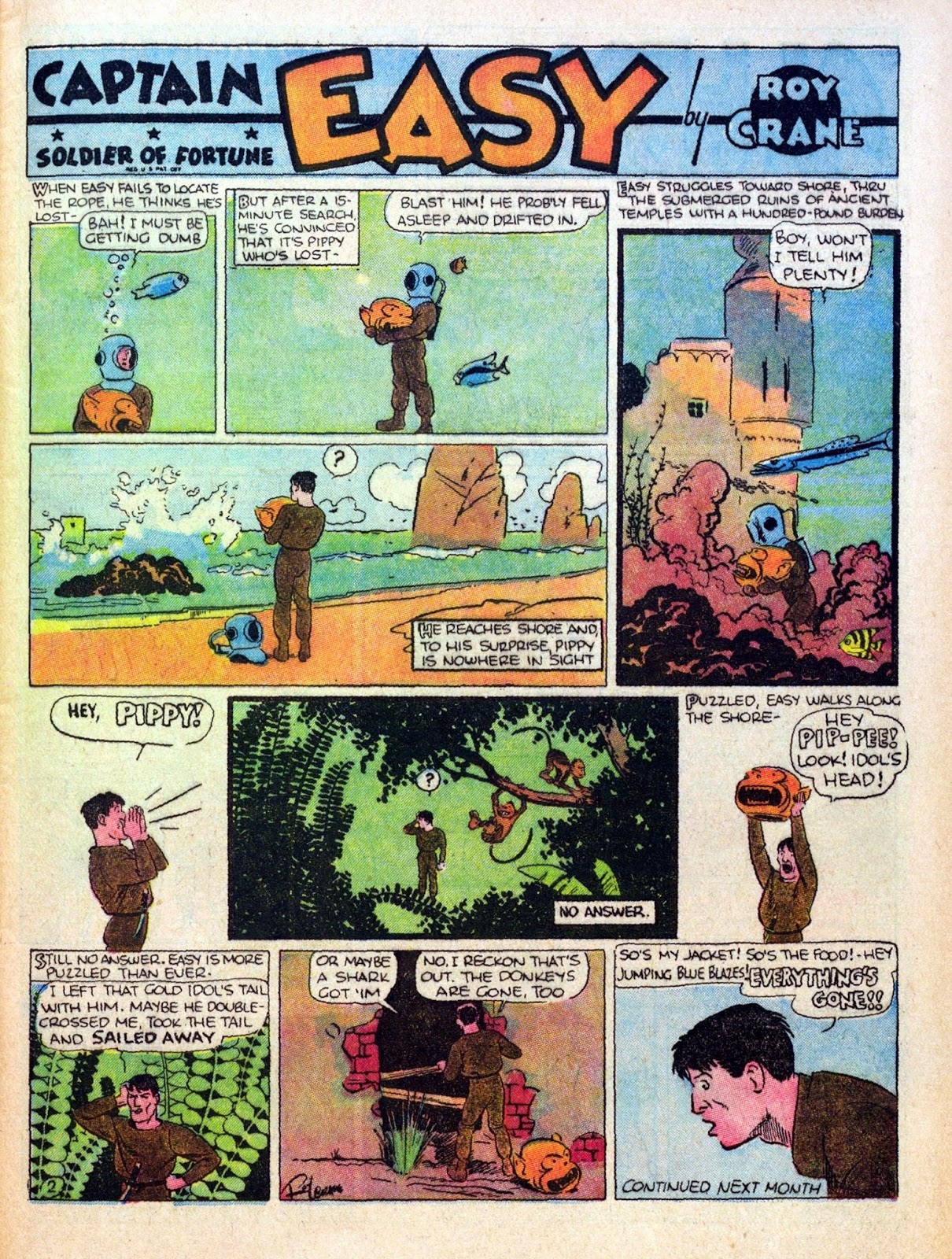 Although this page made me laugh out loud, carefully guarding a baggage camp is a serious matter for hideout delving far from civilization.  The balance between a generous Editor and a tough Editor may hinge on matters like this.  How tough do you make it for your Heroes?

The Alley Oop animal of the day is platybelodon. 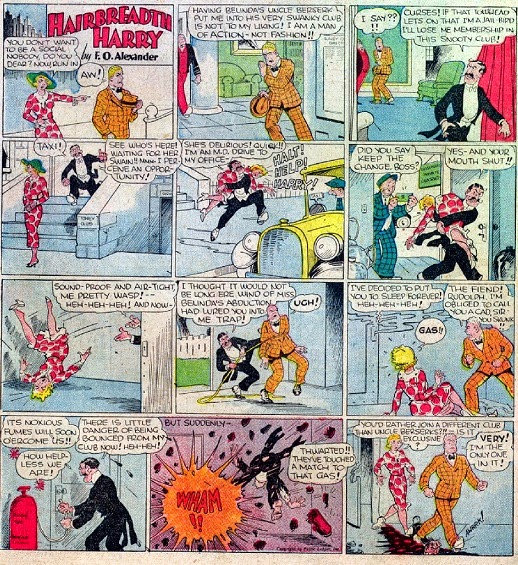 Hairbreadth Harry gives us another example of a death trap.  This one is a soundproof, airtight room that has poison gas pumped into it.  The solution, here, is to light a match by the door because the gas happens to be flammable. If you survive the explosion damage, you just walk out past the busted door!

Note that poison gas canisters may be a trophy item lying around hideouts, but non-Chaotic Heroes should not be using poison. 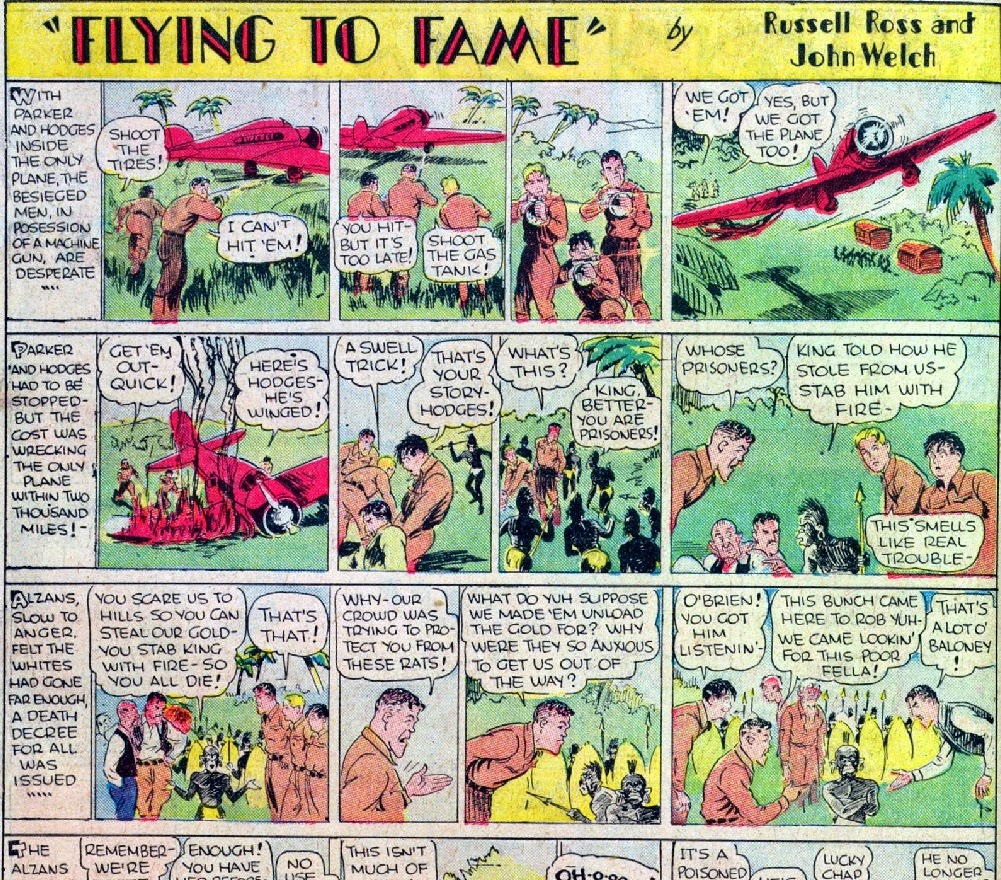 Casual readers of Flying to Fame could be forgiven for thinking that they are here observing the Aviator stunt, Shoot Gas Tank. However, that stunt exists for the difficult task of shooting a plane, in flight, at a distance (though perhaps the original text was not clear enough on that...).  With three sub-machine guns, at this distance, the Editor would have to be one of those aforementioned tough Editors to let that plane get away unscathed. 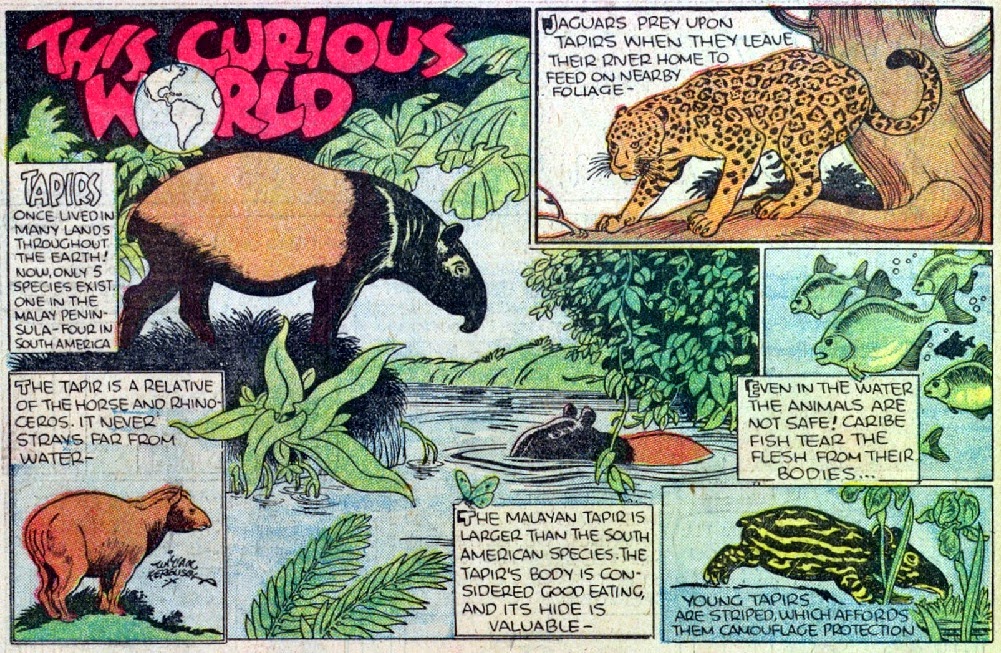 This feature will introduce us to many animals that may or may not belong in Hideouts & Hoodlums.  A tapir, for example, is probably a 3 HD animal-mobster type with a bite attack -- but, really, how often is an Editor really going to stock a scenario with wild tapirs?

Jaguars -- now those are more likely.  They were statted in H&H Book III: Better Quality.

Seaweed Sam may have had a frenzied narrative and lousy art, but it's back again with another intriguing H&H idea. Midas Touch, as a Magic-User spell?  Maybe a 3rd level spell (if it's non-permanent)? 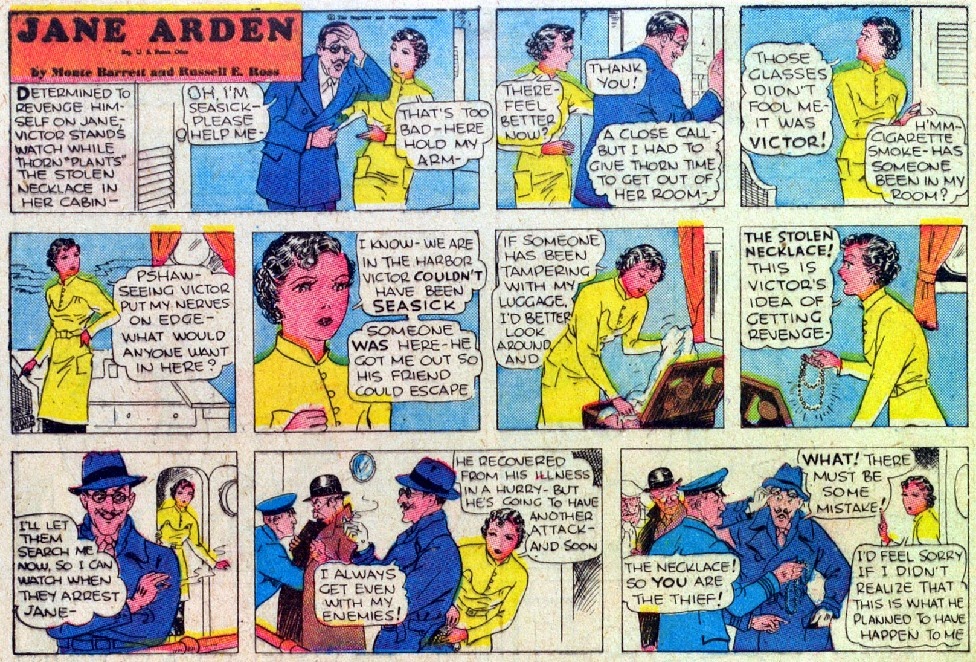 The more I study Jane Arden, the more convinced I am that she can only be statted as a Mysteryman!  Here she must be using the stunt of picking pockets to plant evidence. I doubt I would even allow a non-Mysteryman Hero to manage that without being noticed, even with a successful surprise roll.

She also made her saving throw vs. plot to see through the old glasses-disguise trick.

Jane Arden is sometimes required reading for any H&H players involved in an investigation.  There is a lot of publicly available information for Heroes to take advantage of.

Lastly, Flight reads like a catalog of what flying hi-tech transport trophies you do NOT want your Heroes getting until high levels. A Boeing bomber could decimate an entire hideout without even dropping its whole payload!