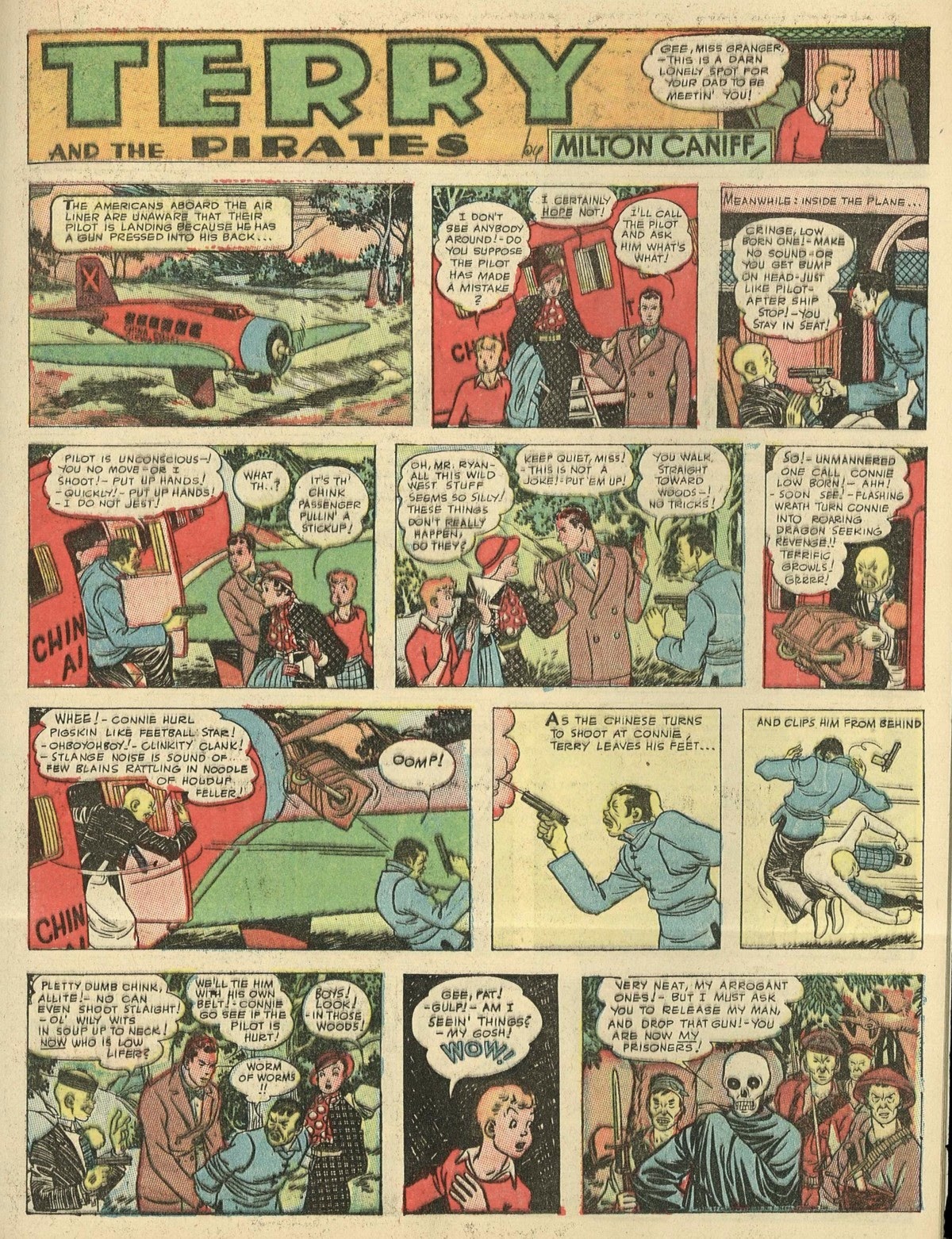 Look out, Connie!  Good thing that guy shooting at you is a lousy shot; the side of that plane is only going to serve as soft cover for you.  I'm guessing you don't have much of a Dexterity bonus to speak of, so that means that guy only has to hit an Armor Class of 8 to hit you!

Hard to say how to play Terry's move there, as it's somewhere in between a trip and a tackle.  If I had to choose, I'd call that a trip attack.  Then there would actually be one turn between panels where they grappled the guy while he was prone. 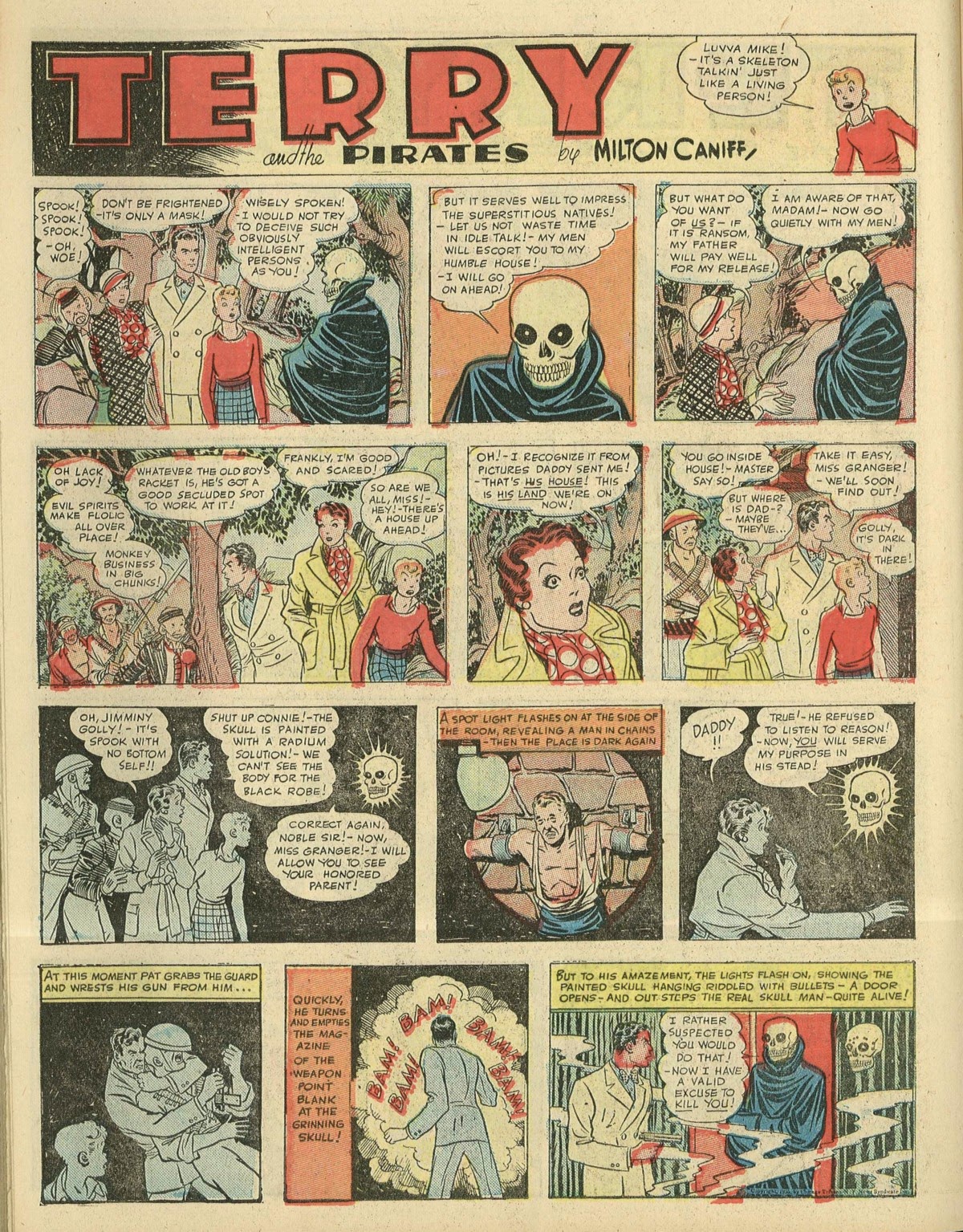 There's no real game mechanic to highlight here, but that's a pretty slick trick that Skull Man pulls on Pat there.  Try it in your hideouts! 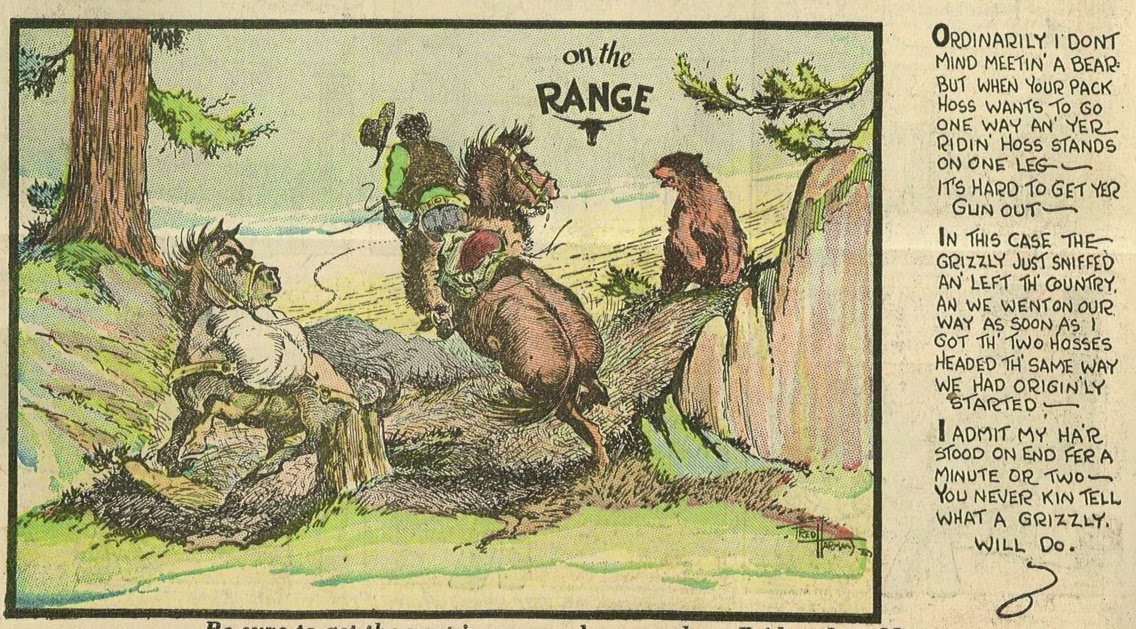 Can you blame that "hoss" for missing its morale save?  Bears get a daunting 7 Hit Dice in Book II: Mobsters & Trophies, making them one of the toughest encounters a basic-level Hero is likely to encounter (good thing they're not always hostile!).  They might get toned down slightly for the next edition.

I talked about game mechanics for tightrope walking before here.  Falling damage in Hideouts & Hoodlums is 1d6 per 10', with no official damage cap.  If Little Joe is right and that canyon is really a mile deep, he's looking at 528d6 damage! No Editor should feel guilty for just saying Little Joe went splat at this point and not even bother rolling dice.  Nor should the Editor feel guilty for having placed a mile-deep canyon there, since he gave Little Joe's player no reason to cross it, only the opportunity. 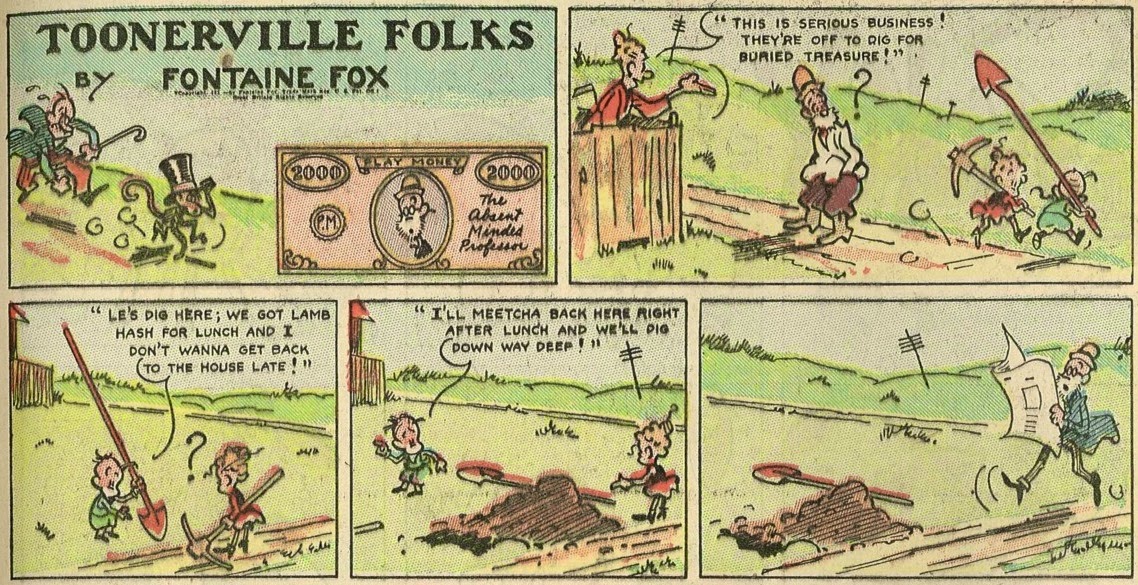 Toonerville Folks is not going to make it onto this blog often, but here the idea of Heroes just going out and randomly digging for treasure struck me as noteworthy.  Why not?  If the Editor fails to entice them with plot hooks worth nibbling on, then just grab a shovel, head outdoors, and enjoy...oh, maybe a 1% chance of finding something interesting buried there. Then you can wonder about how it got there.  Maybe that will turn out to be a plot hook!

(Scans courtesy of the Digital Comic Museum at http://www.digitalcomicmuseum.org/index.php?dlid=1630)
Posted by Scott at 10:43 PM