That rascal, Tad of the Tanbark, encouraging kids to cut up their comic books with scissors!  And all for a picture of a hyena. Hyenas were first discussed for H&H here.

That Tad is at it again already!  This time it's a leopard. Leopards have not been statted for H&H, but should be the equivalent of the cougar, statted in Supplement III: Better Quality. 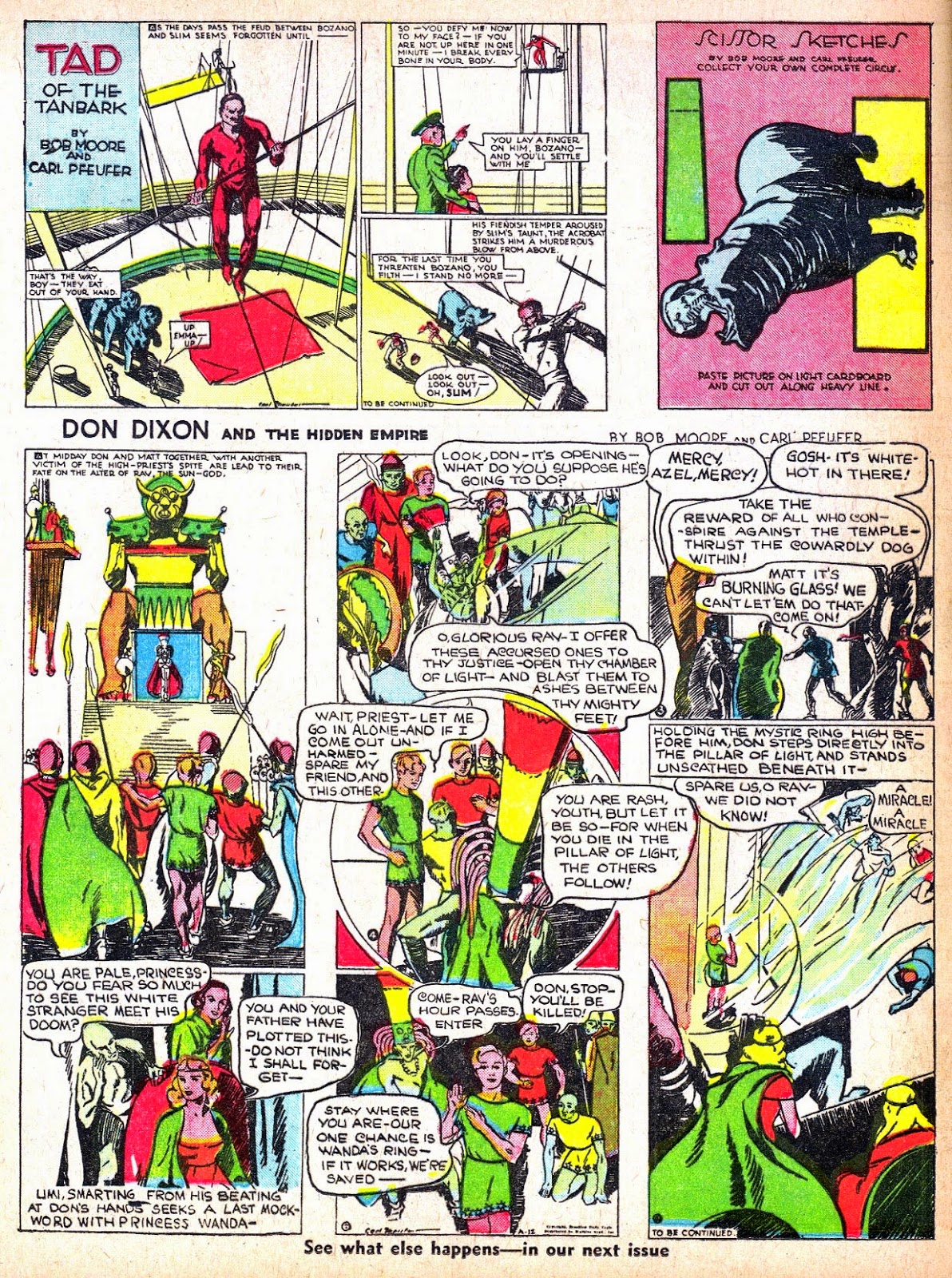 And now hippos!  Have you no shame, Tad?  Hippos are tricky because their mass should give them a ridiculous amount of Hit Dice, far in excess to their danger in combat (though hippos can be very dangerous, but maybe not in T Rex company...?).  A solution might be to, like the eunotosaurus, give them 5 20-sided HD.

What's going on in Don Dixon and the Hidden Empire might not be so clear from the artwork, so let me recap the previous two pages: Don is a prisoner of the green men (they might as well be statted as ordinary humans, since they seem to differ only in pigmentation). The green men control the priesthood in the Hidden Empire, while the king and his separate-but-equal faction are pink-skinned.  The princess has given a ring to Don to protect him from the Light of Rav -- which appears to be a heat ray the green men use to kill prisoners in a faux religious ceremony. The ring is protecting Don -- which I guess makes it a Ring of Fire Resistance!

Compared to a eunotosaurus, a giant tortoise is nothing -- nothing but 1 12-sided Hit Die, maybe. 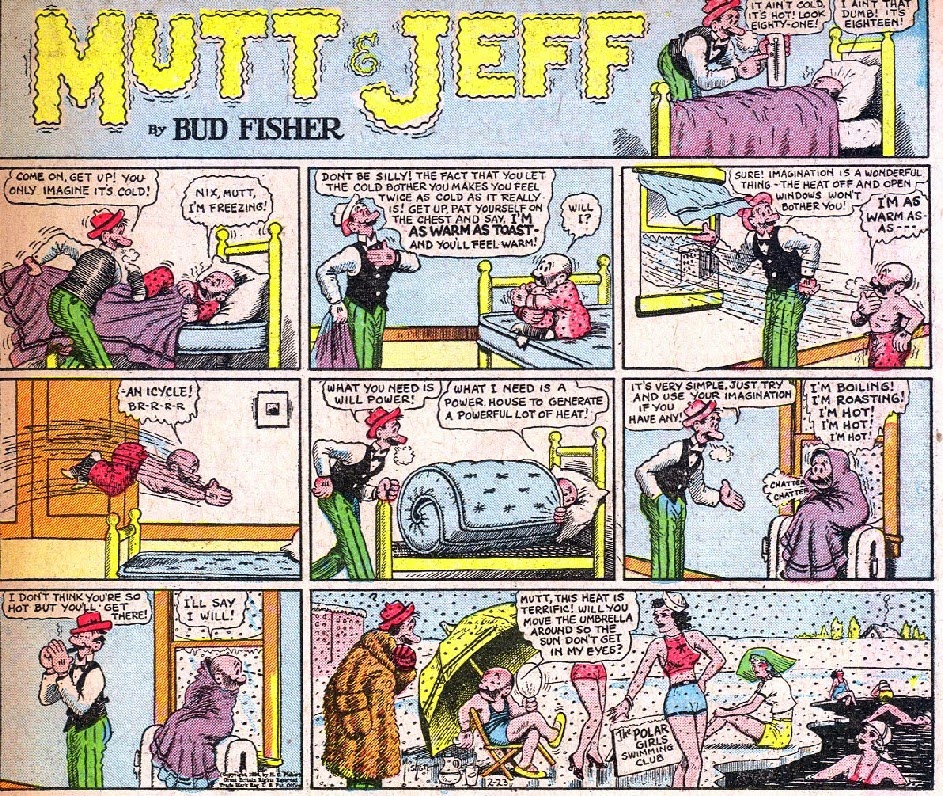 Mutt & Jeff here illustrate that it really is all in your head, as there is no game mechanic for weather causing cold damage in H&H!  Should there be?  Perhaps for the harshest of environments, like at the poles, or during a blizzard, but not on an ordinary winter's day.

Bronc Peeler and Coyote Pete demonstrate the Cowboy Stunts of Quick Draw, Lasso Expertise, and Trick Shooting, as well as firearms inducing morale saves, and the return of goats to our blog, last seen here!  Should I maybe bump them up to a solid 1 HD?