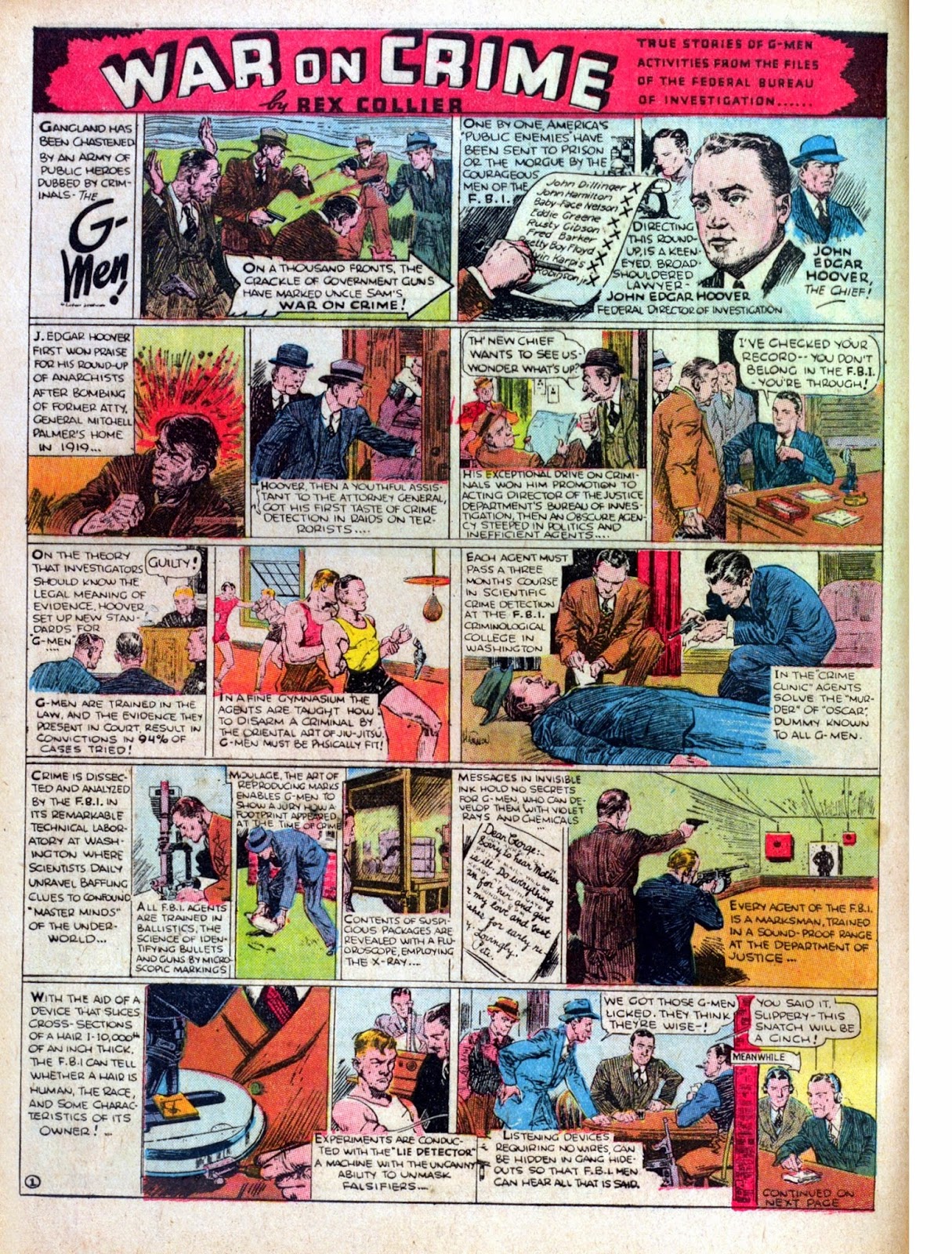 I am not, generally, a big fan of Fighters having special abilities; I find that Fighters are what most people choose to play when they don't want to deal with special abilities.  Still, if I had to look for Fighter-specific skills, I would not have to look farther than the first two pages of War on Crime, reprinted here. Toonopedia claims that this strip was written using research from actual FBI files and the attention to detail here would seem to prove it.

For future consideration, then, the Fighter skills shown here are: legal training (higher percent chance of a conviction), disarming, ballistics (identify firearms), and forensics (knowledge of how to work X-Ray machines and microscopes, and how to make plaster casts of shoe prints). 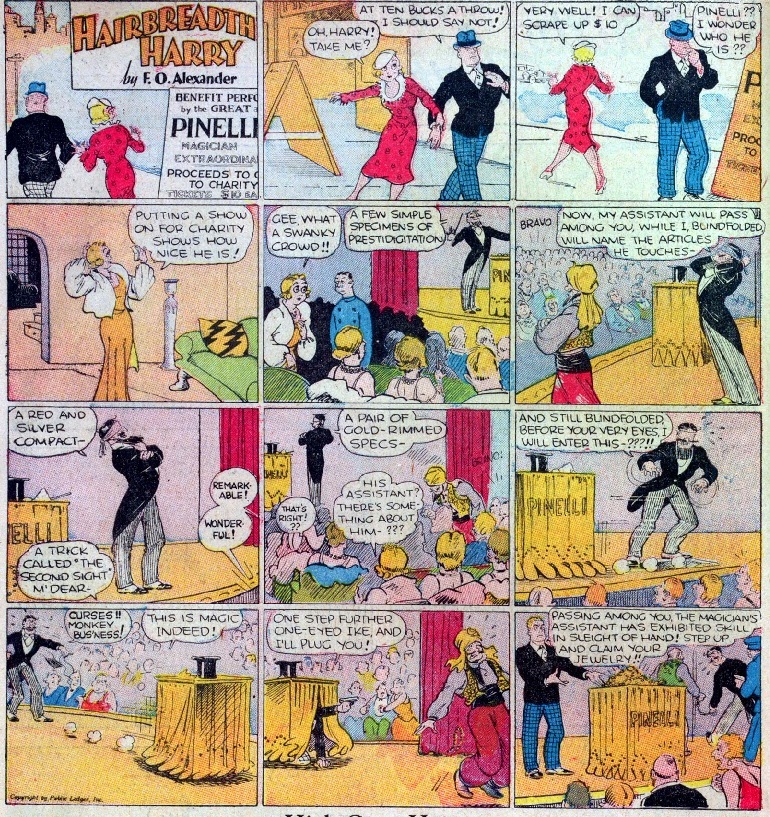 Sleight of hand is accomplished by Mysterymen using their pick pockets skill. 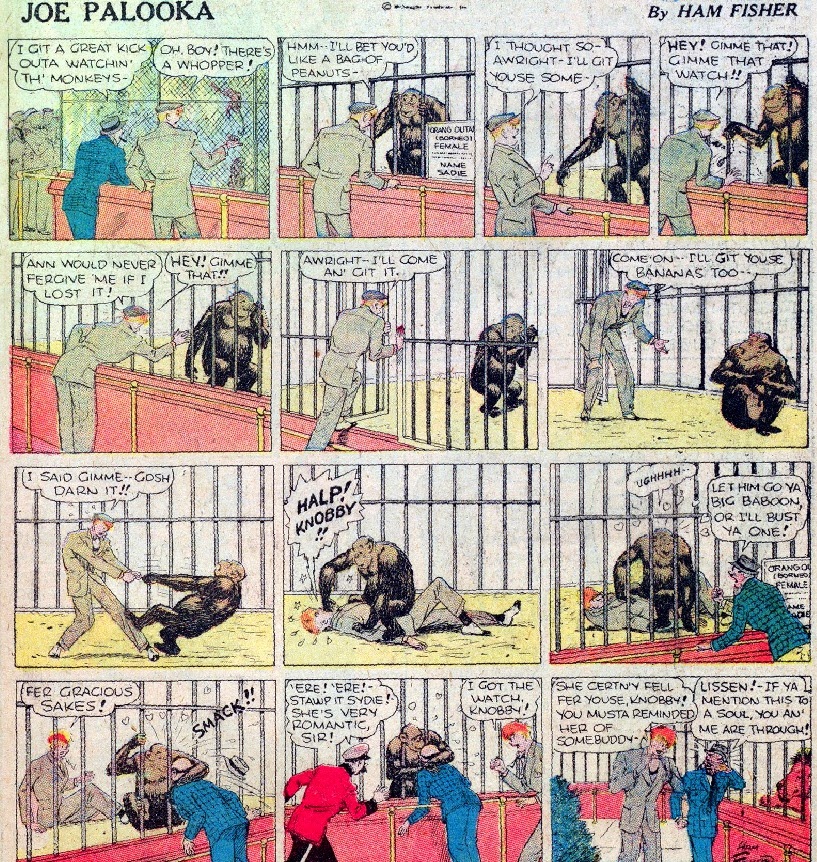 Ah, Joe Palooka. I love the big guy, but I can hardly use him here for examples, since he doesn't go on adventures ever. Orangutans are small apes, only 1+1 HD, so Joe here gets beat up by one probably only because he's too nice a guy to fight back against it. 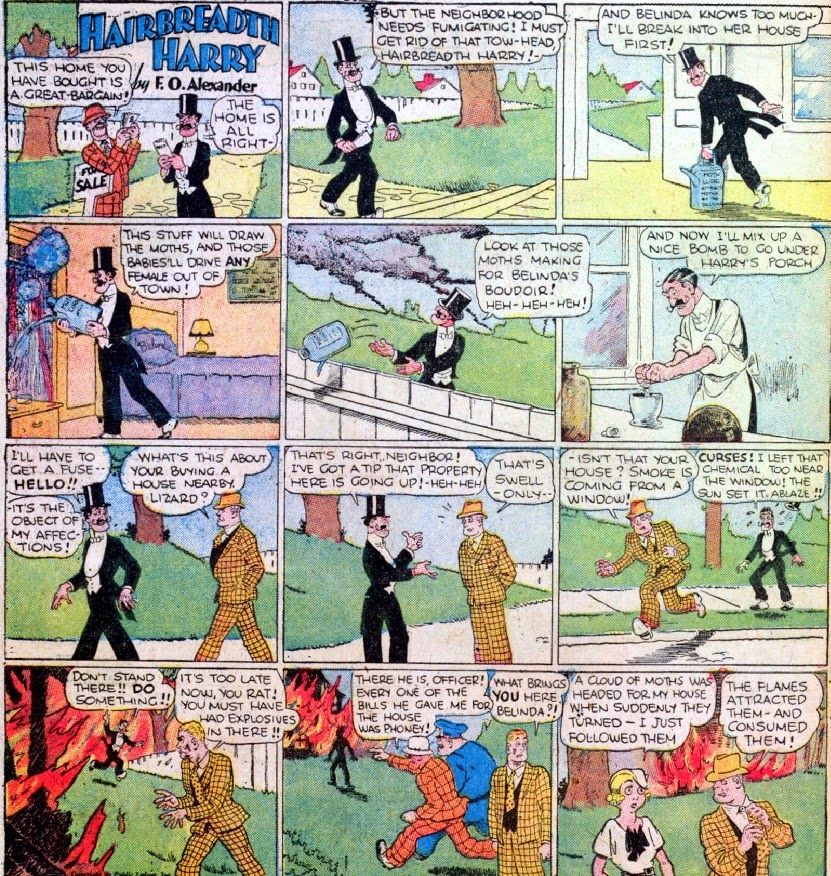 "Moth lure" could be a useful trophy item, since it seems to be able to attract a huge swarm of moths in a short amount of time.