In this installment of Captain Easy, I thought these were ridiculously long blowguns until I saw this -- so apparently Roy Crane did his homework. This is tricky for me -- are blowguns going to be common enough weapons that they need to be statted for Hideouts & Hoodlums?  They should have a short range of 30' and do normal, 1-6 weapon damage.

I marvel over the way Roy Crane was able to get away with drawing topless women and getting them published in the funny pages. The benefits of abstraction!

The Alley Oop mobster-type of the day is plesiosaurus. Plesiosaurs were statted in Supplement II: All-American.

Dickie Dare joins the Famous Funnies cast and is trapped on a U-Boat taken over by pirates. Submarines can double as transport trophies and hideouts -- a larger submarine hideout was provided in The Trophy Case no. 9. 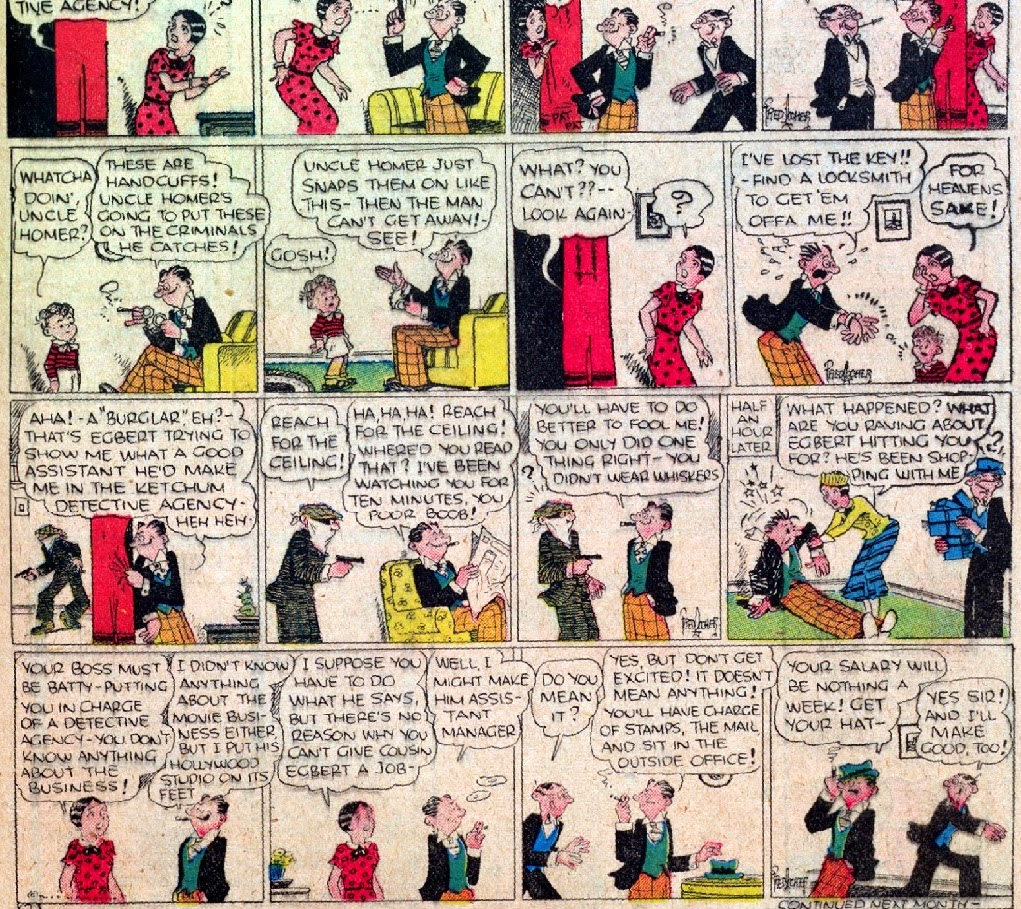 Homer Hopee demonstrates the usefulness of having a locksmith as a Supporting Cast Member. Although called a burglar here, Homer's brief antagonist would be statted as a robber.