First up, the Dragon Lady shows us how useful sleeping poison is. Rules for poison are pretty much piecemeal in Hideouts & Hoodlums. Should they be more structured?

Smilin' Jack teaches us about sideslip landing, good for landing a plane when there is not enough room for a proper landing strip. Maybe this should be a new stunt? 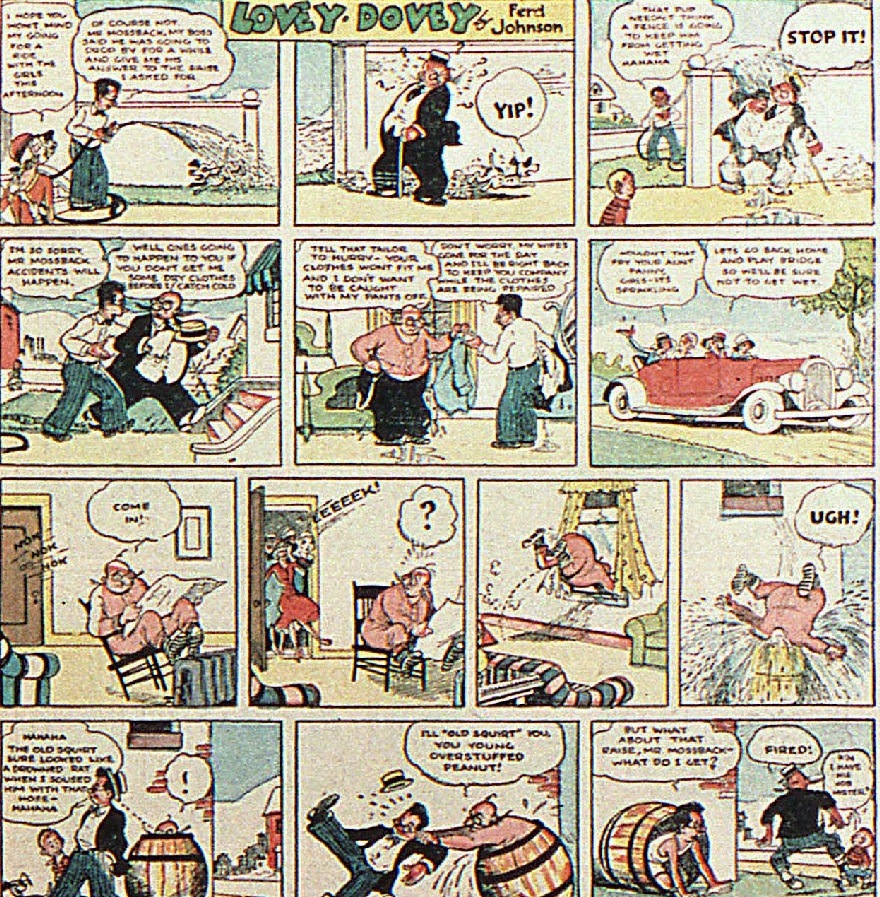 Lovey Dovey asks the question: when to assign falling damage? Does face-first out a window into a rain barrel = 1d6 damage? I'd be inclined to say so, but in a campaign with a more light-hearted tone, maybe not.

Keeping up the falling theme, A Strain on the Family Tie asks, does falling down stairs = 1d6 damage?  Again, it's possible; people die from falling downstairs all the time. And yet, it's often just played for laughs in comic books, and is certainly never used in a deathtrap.  A compromise position might be to allow a save vs. science to avoid the falling damage, in cases where the fall is not directly vertical, or even in cases where objects might slow the Hero's fall (like conveniently-placed awnings).